Florence - At 700 years from his death, Florence celebrates the genius of Arnolfo di Cambio, among the most important and innovative of artists, with an exhibition of sculpture which is as unique as it is extraordinary. Arnolfo was a cosmopolitan architect-sculptor who, with Cimabue in painting, contributed to the laying of the foundations of the Renaissance by creating a modern artistic language which, through Giotto also, has spread across Europe from that time on, and up until the recent past.
Arnolfo, at the origins of the Florentine Renaissance closes the group of exhibitions in celebration of Arnolfo.

Promoted and produced by the Ente Cassa di Risparmio di Firenze together with the Ministry of Culture (General Headquarters for Libraries and Institutes of Culture), the Comitato Nazionale, and the Opera di Santa Maria del Fiore, this exhibition has been curated by the art historian Enrica Neri Lusanna (University of Florence). The layout and organisation of the exhibition was designed by the architect Adolfo Natalini with Guicciardini & Magni Architetti, while Polistampa produced the catalogue.
There are approximately 100 works on show, which amounts to the greater part of Arnolfo’s production kept in Florence, together with those that it is possible to transport from other parts of Italy and abroad.

There has never before been seen such a concentration of masterpeices by the great Tuscan artist as this: sculptures in wood and marble (the Madonna of the school of Nicola Pisano on loan from Berlin, the Annunciazione attributed to Arnolfo, from the Victoria and Albert Museum in London, the statue of Charles d’Anjou from the Musei Capitolini, the frieze around the tomb of the Annibaldi, etc.), decorative elements, fragments, casts from the originals and much more. The exhibition is enriched by sculptures, paintings and goldwork from the late Florentine Duecento with the intention of supplying an overall idea of the city’s general artistic production during the years when Arnolfo was working.
Besides the possibility of being able to see for the first time brought together those few works by Arnolfo that have survived until the present day, and which are now spread among both private and public collections all over the world, the exhibition allows us finally to attempt a reasonable recomposition of the lost façade of the cathedral of Santa Maria del Fiore, Arnolfo’s unfinished masterpiece, dismembered and dispersed at the end of the Cinquecento.

Given that the mainspring of the event is the reconstruction of the lunettes and squares of the basilica adorned with figures, the absolute novelty consists in a restitution of portions of the facade with the elements of its decorative marbles and mosaics reassembled, thanks to rediscovered and contextualised fragments.
Arnolfo di Cambio (Colle Val d’Elsa 1240/45, Florence 1302/10) was active in Siena, Rome, Orvieto, Perugia and Florence. He fully incarnated the figure of the international artist who managed to fuse the many and complex products of the Italian artistic tradition with French gothic novelties, and respond with the invention of amazing figurative typologies to the requests of very powerful commissioning parties.

He sculpted statues that celebrated Anjou sovereigns and popes, and in papal Rome produced the decorations of the great cathedrals (San Paolo, Santa Cecilia, Santa Maria Maggiore, San Pietro, Ara Coeli).
In Florence he worked on the most important monuments: the Franciscan church of Santa Croce, the city hall (Palazzo Vecchio) and most of all designed the new cathedral, starting with the facade which he structured with the imposing gothic structures of France in mind: rich in statues linked to a grandiose iconographic design, covered in marbles and mosaics with unusual chromatic efects for Florence.

Santa Maria del Fiore consacrated the fame of Arnolfo to the point where the government of the city exonerated him from paying taxes, thereby conferring upon him one of its maximum signs of appreciation.
The exhibition amongst other things highlights the close relationship between Arnolfo and Giotto. It was in fact the art of painting which benefited from the immediate heritage of the sculpture before Brunelleschi and Donatello put his to good use. 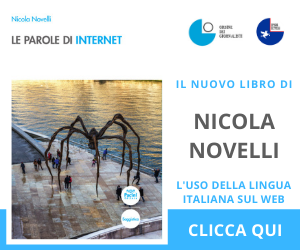